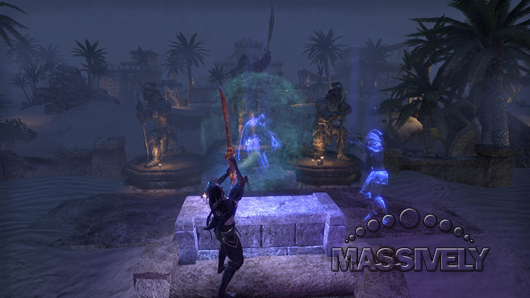 The Elder Scrolls Online was originally scheduled to release on Xbox One and PlayStation 4 in June. According to a now-removed FAQ entry on ZeniMax’s website, the console versions will be delayed by “about six months.”

“While it has become clear that our planned June release of the console versions isn’t going to be possible, we have made great progress, we have concluded that we’ll need about six more months to ensure we deliver the experience our fans expect and deserve,” the blurb explained.

A Reddit user captured a screenshot of the FAQ entry before it was removed, and Joystiq has done a bit of sleuthing to verify via Google search that the text was legitimate. Massively has contacted ZeniMax for an official statement.

[Update]: ZeniMax has posted an update that confirms the six-month delay. The company is also offering transfers of developed characters from the PC platform to either of the console versions.