The Emperor sends you to Morrowind to fulfill an ancient prophecy and become the reincarnation of a long-dead hero. The prophecies are incomplete and obscure, so to succeed, you must first find the missing clues. The prophecies also say to beware of a mysterious Morrowind cult called the Sixth House that worships Dagoth Ur, the immortal nemesis of Dunmer religion and an ancient enemy of Nerevar. You are therefore ordered to prepare yourself to face the threat of the Sixth House and Dagoth Ur. 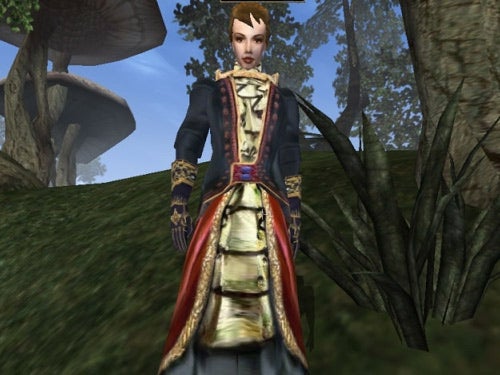 The Emperor places you under the orders of the head of Imperial Intelligence in Vvardenfell, Caius Cosades, the Spymaster. Following the Emperor’s orders, the Spymaster sends you to investigate the background and activities of the Cult of the Nerevarine and the Sixth House.

You learn that the Cult of the Nerevarine awaits a prophesied hero called the Incarnate, a reincarnation of the ancient Dunmer Hero Nerevar — and evidence confirms the Emperor’s belief that you may be the object of the prophecies. Also, the Sixth House and Dagoth Ur are the source of a supernatural blight that threatens to overwhelm the land of Morrowind and every living thing upon it.

Morrowind’s most powerful religion, the Tribunal Temple, denies the prophecy of the Incarnate, persecuting the Cult of the Nerevarine as heretics. But you learn of a rebellious Temple faction called the Dissident Priests who may have the Lost Prophecies you seek. The Dissident Priests have also discovered that the Temple’s immortal god-heroes — Vivec, Almalexia, and Sotha Sil — employ the same profane magics as Dagoth Ur, and that, grown weaker and weaker in their battles with Dagoth Ur, the Tribunal can no longer defend Morrowind from Dagoth Ur and the Blight. The Temple hierarchy, dominated by the Ordinators (the Temple’s elite guard and inquisitors), will do anything to prevent the Dissident Priests from attacking the authority of the cult. By associating with the Dissident Priests, you becomes the target of Ordinator attacks.

As you dig deeper into the mysteries of the Nerevarine and the Sixth House, you are attacked by dark dreams, demented cultists, and fanatic assassins sent by Dagoth Ur and the Sixth House. When you finally locate and destroy a Sixth House base, you contract the terrible corprus disease, a supernatural weapon of Sixth House cultists. But when, with the help of an ageless Telvanni wizard, you are miraculously cured, that cure ironically fulfills one of the prophecies of the Nerevarine’s reincarnation.