guide. You must thereafter rely on two native Dunmer for guidance: the Dissident

Priest Mehra Milo, a friend and informant of the Spymaster, and Nibani Maesa, an

Ashlander wise woman, seer, and leader of the Cult of the Incarnate. However, after

Truth, and receive from her the Lost Prophecies, you have everything you need to

prove that you are indeed the prophesied Nerevarine. 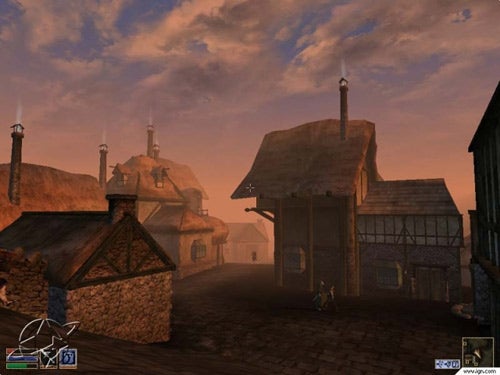 To assume your identity as the prophesied Incarnate, you must provide proof to the

Cult of the Nerevarine. First you deliver the Lost Prophecies recovered from the

Dissident Priests to Nibani Maesa. Then you perform a quest for the Warrior-Protector

of the Cult, Sul-Matuul, retrieving tokens from a subterranean Sixth House base.

Incarnate, where you travel and encounter the Daedra Lord Azura, who confirms your

status as the Incarnate, and gives you a token so that all Dunmer shall recognize you

and known from legend to instantly kill any who wear it but Nerevar himself. Azura

then interprets the Incarnate’s prophecies, foretelling the next stages of the

Incarnate’s quest: to be acknowledged as war leader by each of the three Great Houses

and by all four Ashlander tribes, and to reconcile the warring factions of the

As described in the Lost Prophecies, the second stage of the Incarnate’s main quest

leader of the three Great Houses (the “Hortator”). When you have been named both

Nerevarine and Hortator, you are invited to an interview with the Archcanon of the

Tribunal Temple, Tholer Saryoni, and then with the God-Hero Lord Vivec. Vivec admits

that he and the Tribunal have failed, and asks you to save Morrowind from Dagoth Ur.

Dagoth Ur and the Sixth House. Vivec gives you the first — Wraithguard — and tells

you that the other two, Sunder and Keening, must be recovered from Sixth House

citadels within Red Mountain’s crater and defended by Dagoth Ur’s lieutenants, the

Ash Vampires. When you have all three artifacts, you must descend into Dagoth Ur’s

supernatural powers. With the enchantments destroyed, Dagoth Ur and all his minions

are unmade, and the blight removed from Morrowind.