The best thing I can say about Elder Scrolls Online is that I’m still playing it. Normally the time commitments demanded by proper MMORPG reviews leave me so drained that I’d rather watch a marathon of Pauly Shore films than spend more tine in-game. But I’ve continued to jump back into ESO on a daily basis to flesh out my character and prepare for the upcoming Veteran Dungeons. 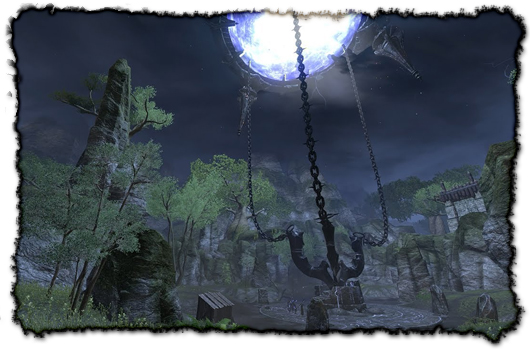 Not all of ESO’s endgame content is a grind, though. I love the Veteran Dungeons, and I spend an inordinate amount of time in them. They’re tough in a way the normal dungeons never even hinted, and they require deep coordination that’s already created several great friendships. They’re the best part of ESO endgame so far, and a strong reason for group-oriented subscribers to keep coming back to the game. I still have a character that largely plays how I wish him to, but the Veteran dungeons expose the faults in the more flighty builds and lead to more skillful, efficient play. Leveling 50 was the fluffy part, letting players build their character how they wanted. Now it’s time to get serious, the design seems to say.

I like this, and I suppose that with some tweaks to the Nightblade class, I’ll like it more. ( I’m still waiting on ArenaNet to make Rangers more effective in Guild Wars 2’s dungeons almost two years later, so I’m not especially hopeful.) The upcoming Craglorn content seems like it’s exactly the kind of small grouped-oriented combat I love in an MMORPG, and I’m hoping it’ll scratch an itch for a different style of endgame content.