It is benefit for your development in the game

Standard by admin November 15, 2013 No Comments 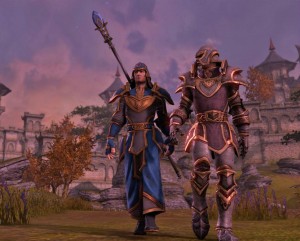 It is no doubt that we should be clear about the classes of every character in the game, which might benefits for your development in the later battles. Therefore, we will talk about the elder scrolls online and hope that it will make  you wise.

Although all thieves and thief sub-classes have the ability to pick locks, pick pockets, and steal items, various classes have certain advantages or disadvantages in these areas. The governing statistics for all thief classes are Agility and Intelligence.

To critical strike an opponent, Rogues have little chance per level. Rogues are thieves who have also trained in using arms and armor. They have combined the agile and cunning of their brethren with the skill of arms found in warriors. This makes them formidable and versatile. They are comparable in combat to the warrior class, but still retain the ability to pick locks and pockets. Rogues may wear up to chain armor and use any weapon or shield, with the exception of the Tower Shield.