Bethesda is one of the first publishers who have confirmed Xbox One X support in their games, and now, at the time of releasing the new console, they have come to terms with what they really expect.

Currently, Bethesda has 7 games on its account with graphical improvements. Graphic enhancements are now available, although at first it seemed that some updates would come out of time. Like a patch for The Elder Scrolls Online, where Bethesda said the MMO title would receive 4K support “later in the year”.

In the newest livestream, ESO Live has Graphics Programmer Alex Tardif joining to discuss how The Elder Scrolls Online was brought to the newly-released Xbox One X console.

A lucky viewer has got an Xbox One X Scorpio Edition during the ESO Live. 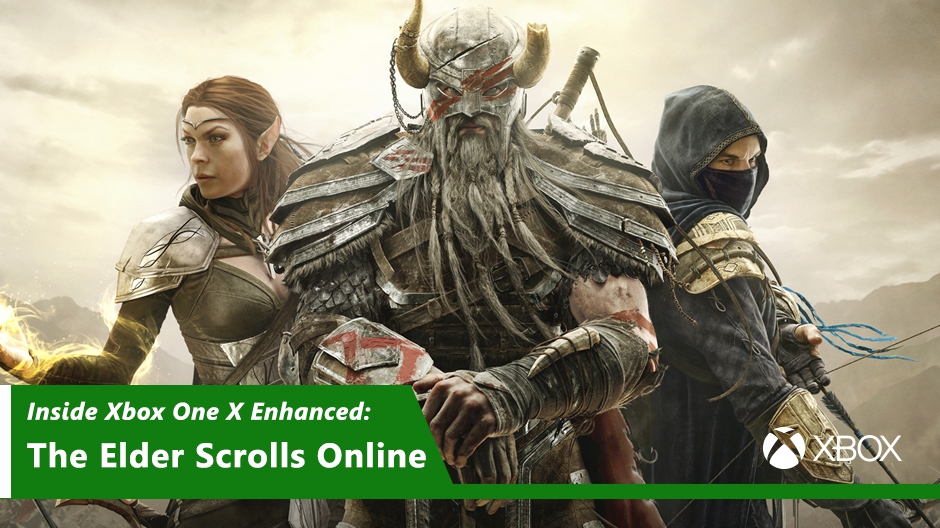 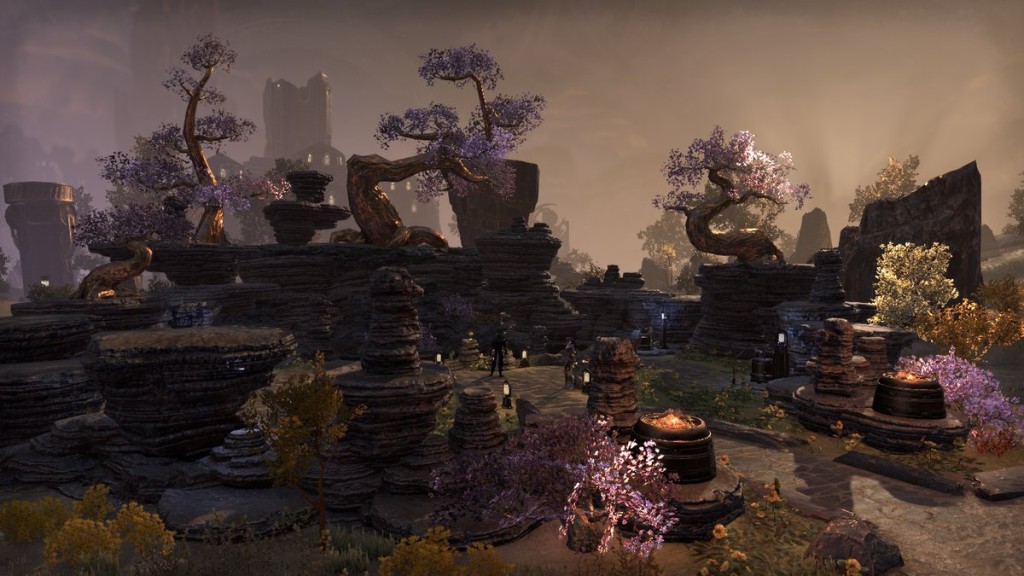 It is for the launch of the Xbox One X that Zenimax provides the optimized patch of The Elder Scrolls Online with which it will be possible to play in native 4K and with visual enhancements as on a PC in ultra. Here is the full detail of this update 16 communicate through Zenimax: 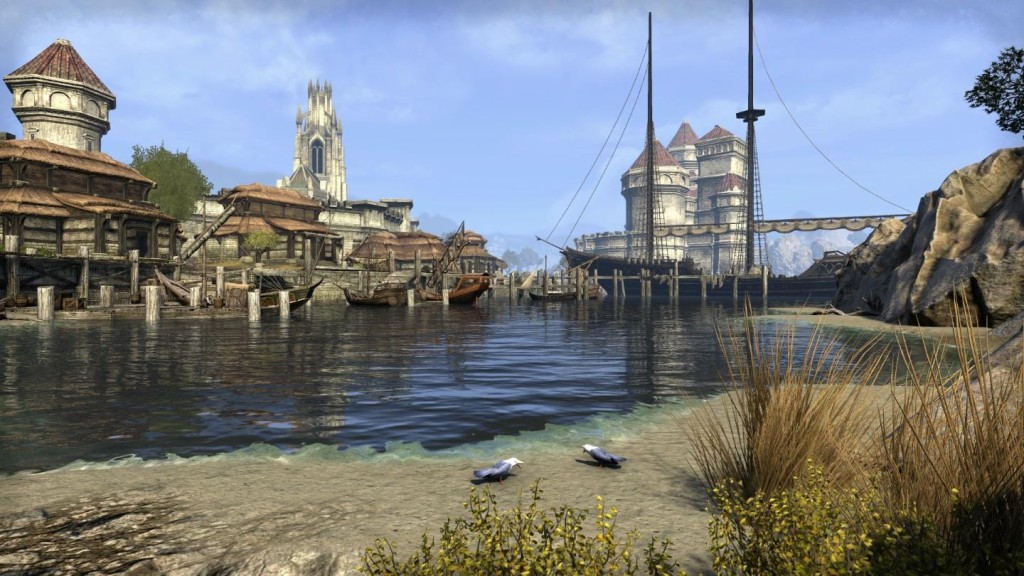 Native 4K resolution and 1080p enhancements
If you have a 4K screen, ESO will work with true native 4K resolution without upscale or checkerboarding (many methods that many games use to approach a 4K resolution). If you only have a 1080p screen, you will see the game in 1080P, but still enjoy all the graphics improvements, with the advantage of anti-aliasing.

Upgraded shadows with Screen Space Ambient Occlusion
SSAO is a way of calculating shadows that occurs when neighboring objects block local ambient lighting. On Xbox One X, we’ve enabled this feature, which will help make the environment and characters more present and immersive. 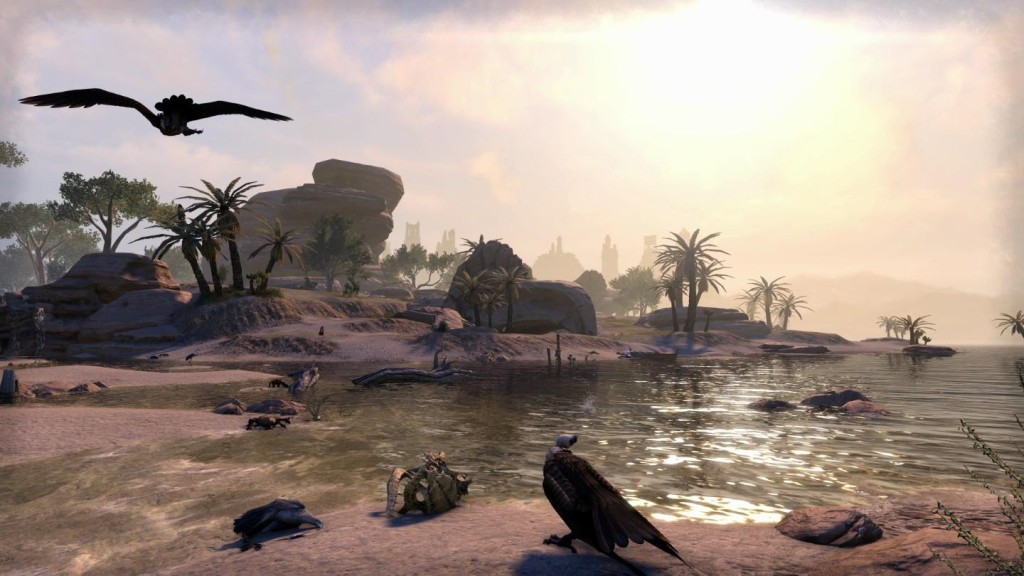 Enhanced water reflections
Until now, reflections on Xbox were limited to simple static textures. With Xbox One X, we enable higher quality real-time reflections, making many reflective surfaces, such as water in the view below, more realistic.

Extended viewing distance
Finally, we are delighted to have been able to enjoy the power of the Xbox One X, to extend the field of vision. Environments will charge at longer distances, and high quality models will appear sooner. With this improved viewing distance, you will be able to admire Tamriel in all its splendor!

The Elder Scrolls Online is an online role-playing game from the series of Elder Scrolls, Bethesda and ZeniMax, which was released in 2014 and has been sponsored by developers on a regular basis with updates. Now in the latest game news, it’s announced that the game will support the Xbox One Xbox console. Game developers announced the release of tweets, adding that the update 16 will add support for the console. It’s not clear, however, that The Elder Scrolls Online will benefit from the features of the Microsoft Midlife Console, but we will probably see it run at a higher resolution with better graphics. 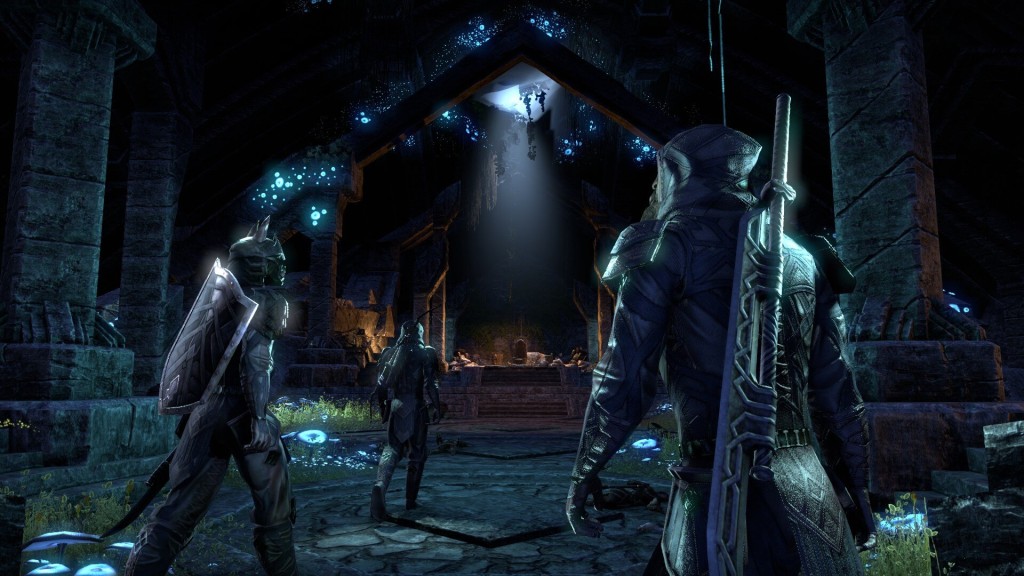 The Elder Scrolls Online will be another of the more than one hundred titles already existing that will be optimized for the new Xbox One X of Microsoft.

Its developers have revealed that the update to take advantage of the hardware of Xbox One X will be published later this year, coinciding with the release of update 16. Of course, the update 16 will also provide us with a pile of bug fixes and fine-tuning – for all platforms – and Xbox One X support will only be one extra in the line. This update is known to also adds a new DLC called Clockwork City, which for the experience of its content, you must have purchased the Morrowind Expansion Pack.

Of course, the update itself will be available for all the game’s users, and all of these people will benefit from the features of Microsoft’s new console, but what they have not explained is what improvements there will be for One X in the MMORPG, although we assume that, among others, will have rendered to 4K. It should be recalled that updates for the Xbox One X gaming unit will support the 4K resolution, HDR and a number of other graphical interface improvements.

The Elder Scrolls Online was originally released in 2014 for PC, and later versions were released for Xbox One and PlayStation 4. According to Bethesda, the multiplayer RPG has more than ten million users.