ESO-GOLD offers you a summary of the news of the month of November, about The Elder Scrolls Online. 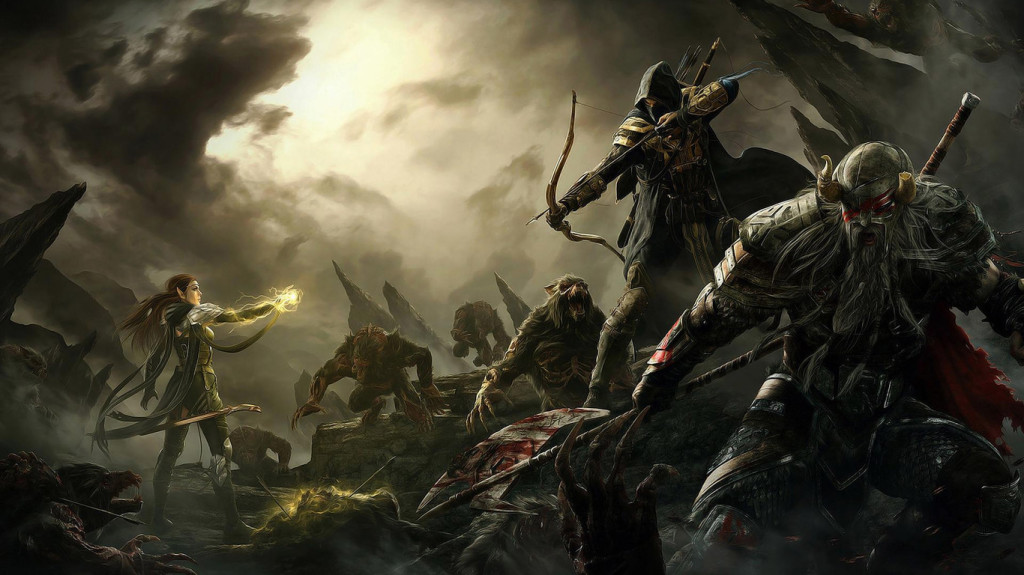 XBox One players were therefore entitled to a free trial period, including those who have already participated in such an offer previously; a similar event should also take place on PS4 and PC / Mac.

The “10 Million Stories” celebration also began, with a richly-endowed contest, requiring only one ballot to be filled in and once logged into the game for the duration of the contest (November 1, 2017 at 5:01 am to December 6, 2017).

In parallel, another competition also took place, more destined to the most artists of the players, since it was a fan-art contest, in view of the next wish card of the game.

The Clockwork City update has also recently been deployed on PS4 and XBox One, accompanied by a free pet (also available for PC and Mac players), as well as for ESO Plus subscribers or players who have purchased the DLC Clockwork City. free access to the first chapter of “Back to Clockwork City”, the next addition of TES: Legends (a trading card game, type Magic, located in the world of TES, and playable on PC, Mac, tablet and smartphones).

Side update, the XBox One X was entitled to an exclusive patch, which allows TESO to take advantage of the power of this iteration of the Microsoft console.

The second DLC of TESO (Orsinium) being released 2 years ago, an anniversary event has taken place, temporarily improving the rate of obtaining certain awards; the DLC in question was also affected by a price decrease on this occasion.

The renewal of the theme of the cases with crowns having been carried out, an event making it possible to obtain 3 of them free of charge was held; like other events of this type, it was enough to connect once a day and kill at least one monster (but not a beast) to be eligible.

And, of course, the event of “Black Fredas” (TESO version of the famous “Black Friday”) took place! In addition to a bargain-priced offer for the Morrowind game and expansion and an offer for a special pack in the crown shop, a free mount was offered for all players who bought (or purchased on that occasion) ) the Morrowind extension.

Regarding community news, some stories from the “10 Million Stories” event have been posted on the official website.

The cosplay of a player in Mannimarco was detailed, and accompanied by an interview of the artist.

An ESO Live was held on November 10, 2017 at 9pm; note that XBox One X Scorpio Edition was put into play during this one.

Finally, the various additions and withdrawals of Crown Store were unveiled in The Elder Scrolls Online.

Solitude Stevedore’s Jerkin – “The Nord stevedores who work the docks below the great stone arch of Solitude have a style all their own,” says Jork the Tailor-Thane of Windhelm. “They take what they like from travelers arriving from all over Tamriel and make it their own. Now you can, too!” The Solitude Stevedore’s Jerkin costume will be available on all platforms starting from November 2. 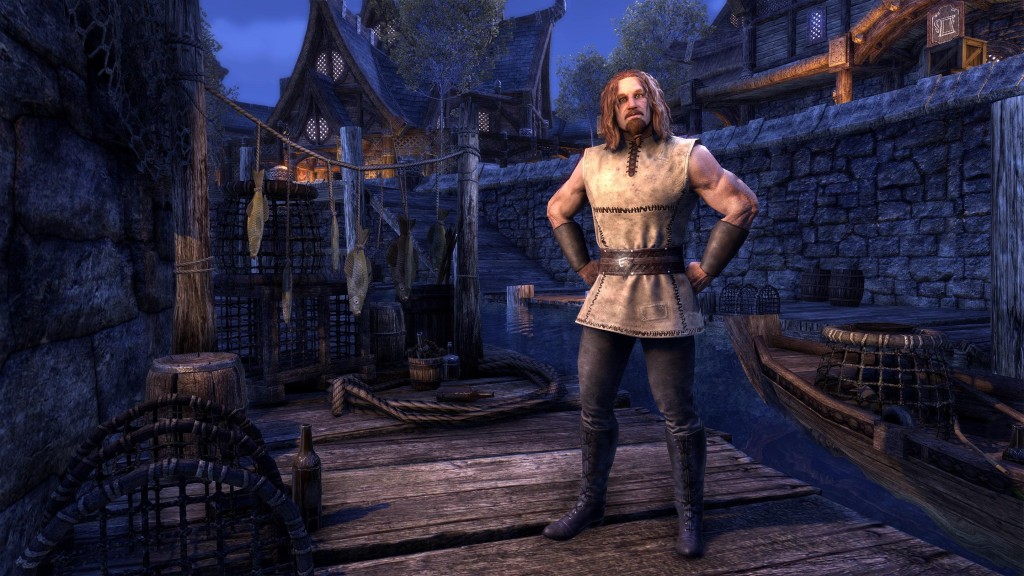 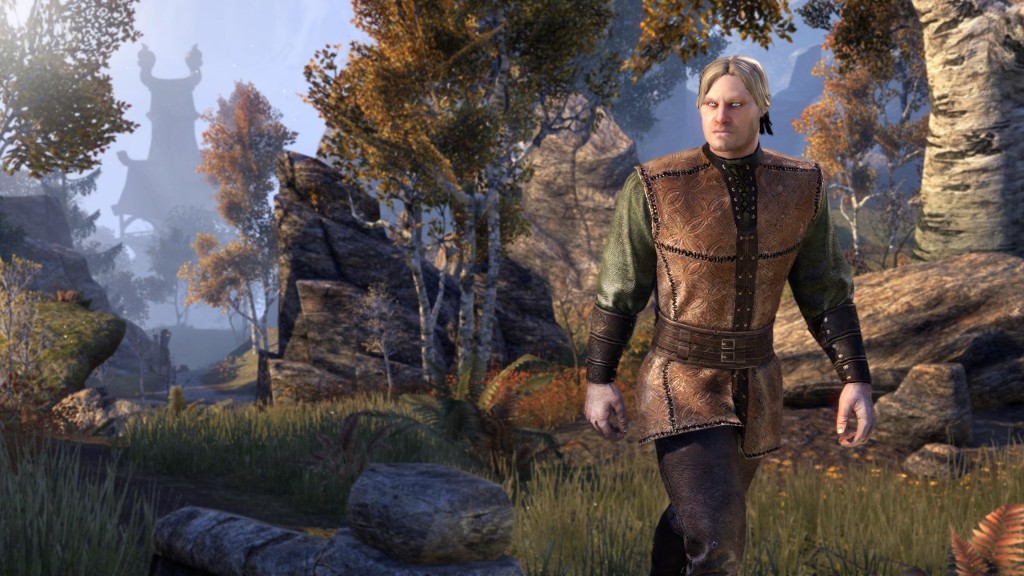 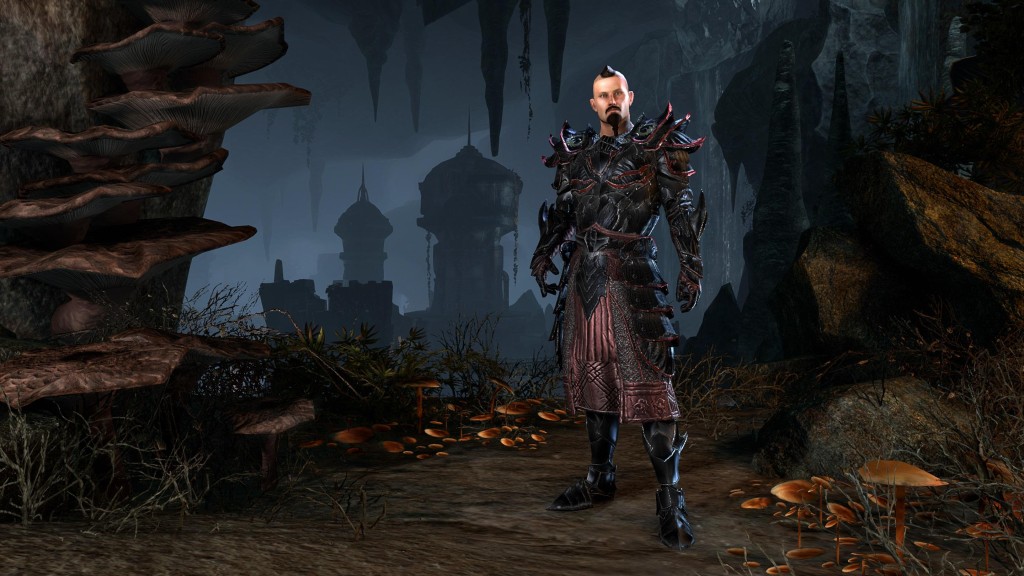 Witch Knight Charger – During their invasion of High Rock, the Reachmen were profoundly impressed by the power and splendor of the Breton mounted knights, and succeeded to breed their own hardy northern steeds to the same size as those mighty war horses. The Witch Knight Charger mount will be available on all platforms for a limited time from November 2 to November 6. 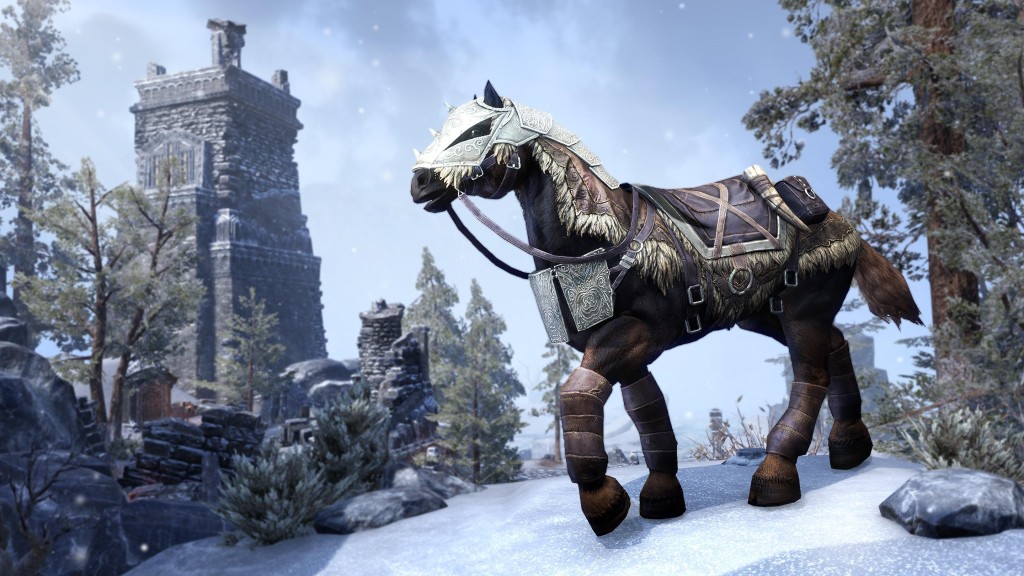 Skyfire Guar – This guar’s bright colors were once thought to indicate that it was poisonous to touch, but it was found to be relatively harmless by an adventuresome rider. Caution! Patience is needed to bring this obstinate mount to heed. The Skyfire Guar mount will be available on all platforms for a limited time from November 30 to December 6. 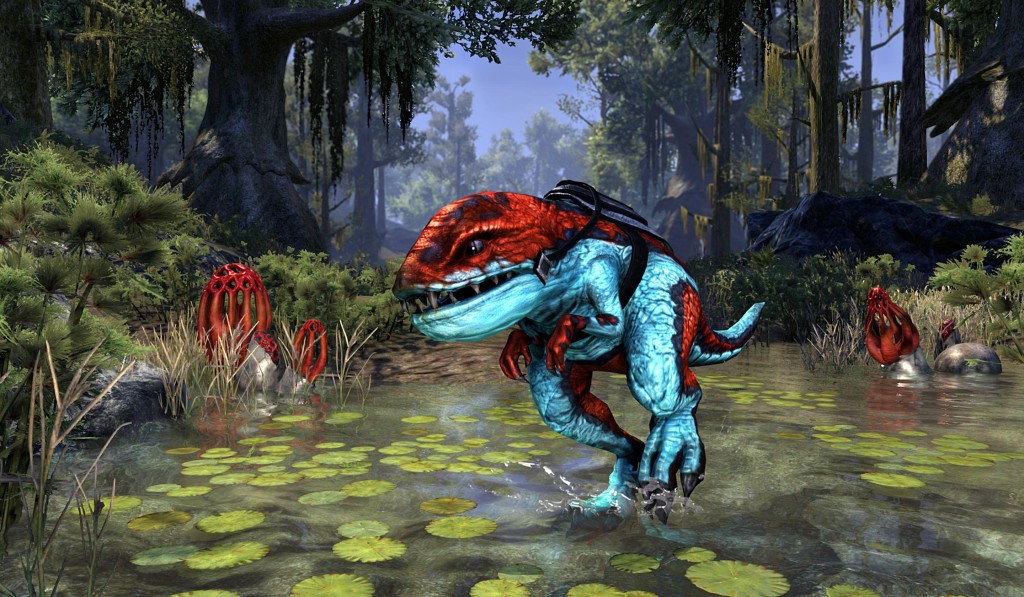 Skeletal Pony Guar – Shouldn’t an animated skeleton always be a thing of fear and revulsion? This necromantic Pony Guar might change your mind about that! The Skeletal Pony Guar pet will be available on all platforms for a limited time from November 6 to November 9. 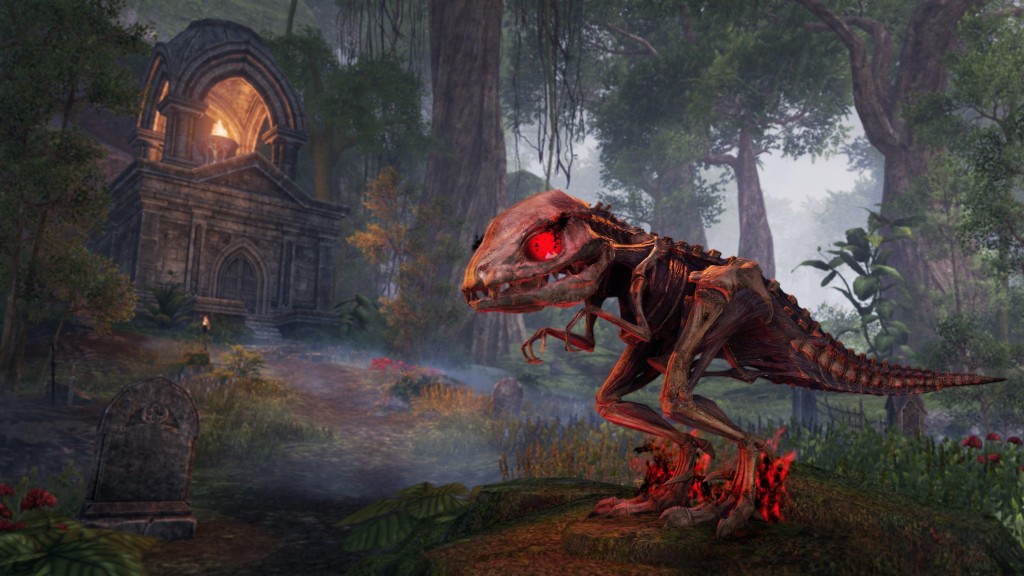 Skeletal Pack Wolf – When the Two Moons are full, the undead wolf pack rises from the grave, they point their canine craniums at the sky, and try to howl—but the only sound is a dismal rattling in their bony throats. The Skeletal Pack Wolf pet will be available on all platforms for a limited time from November 13 to November 16. 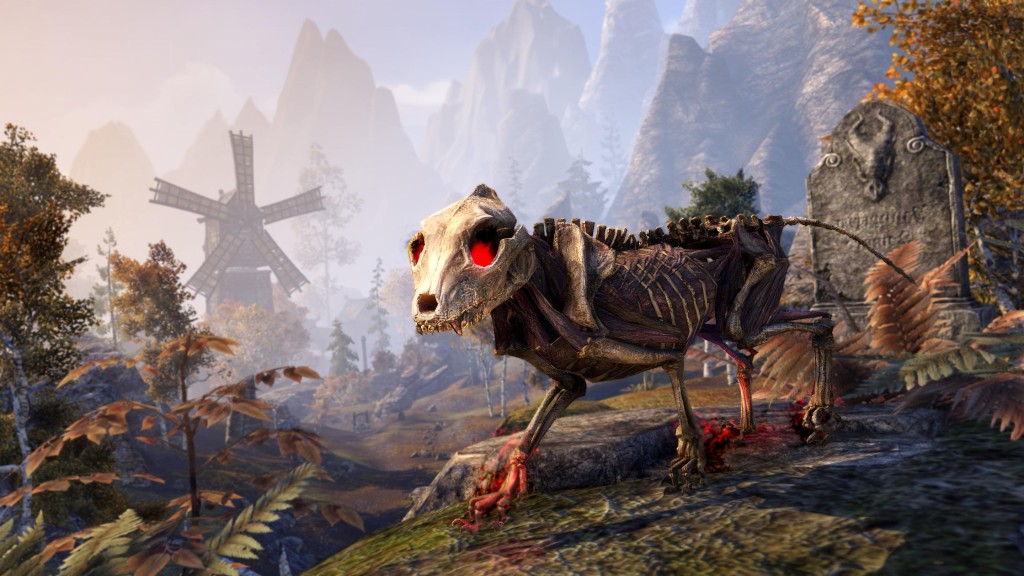 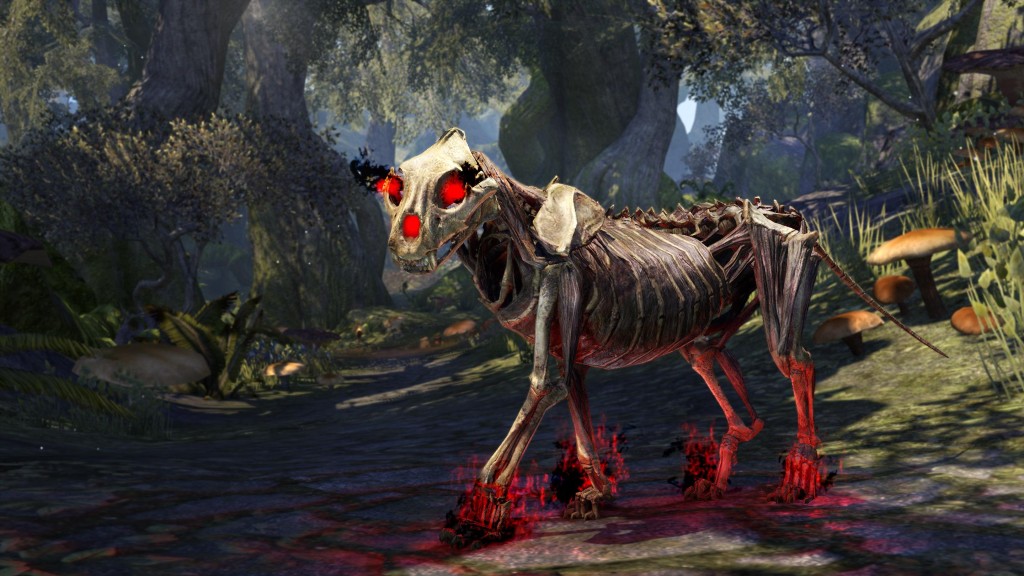 Brigand’s Beard – Proudly masculine facial hair, the Brigand’s Beard projects authority, power, and a devil-may-care attitude. And it’ll keep your chin and upper lip warm as the weather starts to turn cold. The Brigand’s Beard will be available on all platforms starting on November 16. 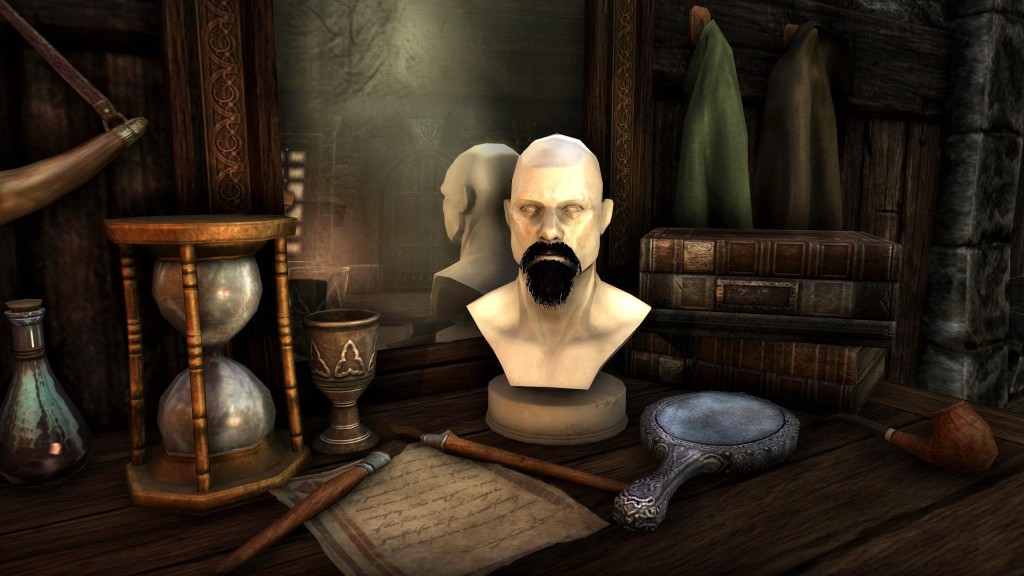 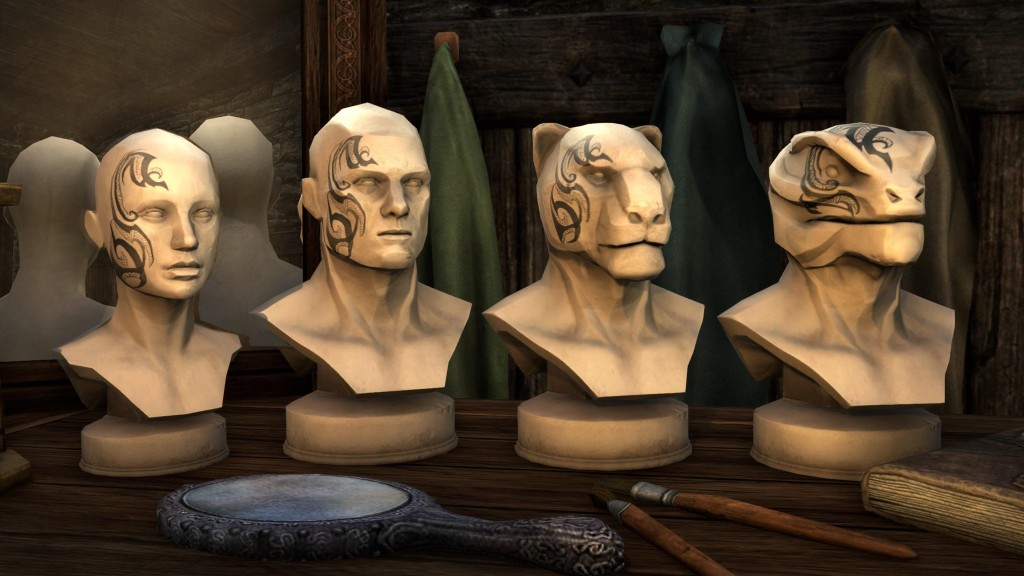 Sidelong Sweep – Nord sea raiders from the coasts of Skyrim first popularized this style, a visible demonstration of its wearer’s commitment to going all-in. Not for the cautious. The Sidelong Sweep will be available on all platforms starting on November 16. 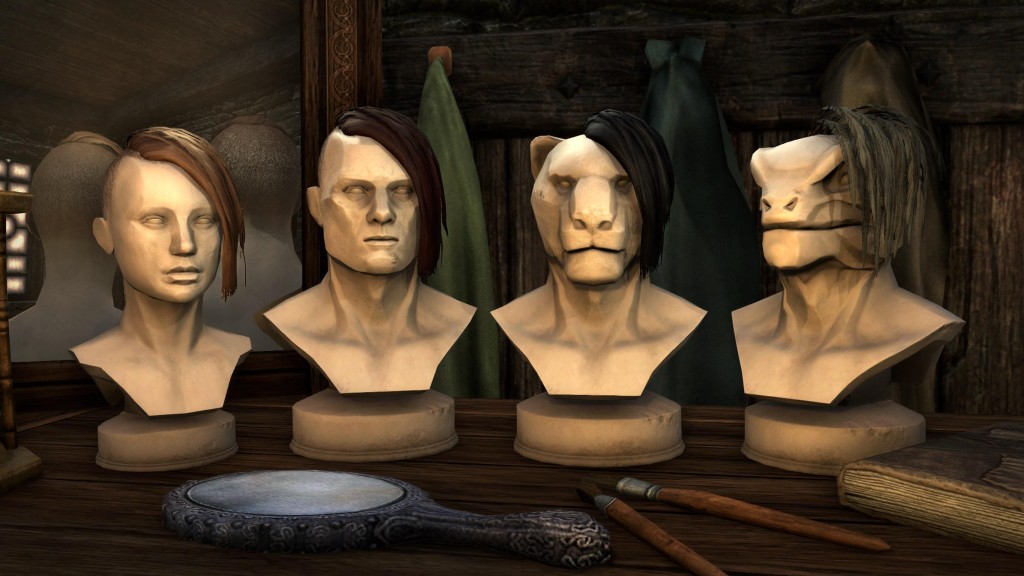 There are many items will be removed from Crown Store. Visit the official site to know more.