The main story of Elder Scrolls Online may hinge on the threat of an invasion by the Daedric prince Molag Bal, but at least one invasion is well under way–and so far, it looks successful despite commendable efforts on the parts of both players and developers at ZeniMax Online. There’s no other way to put it: Elder Scrolls Online has a bot problem. 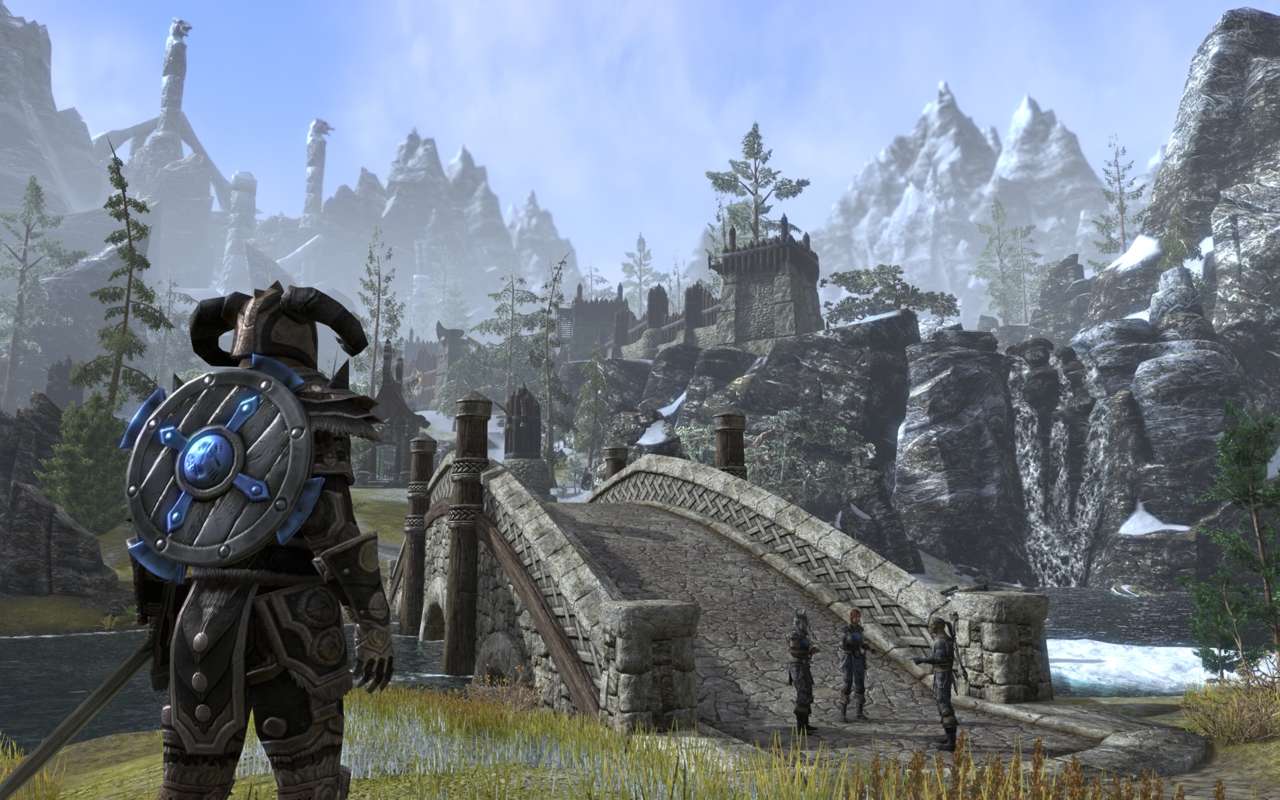 Dungeon Camping
Only a week ago the news concerning the automated pests chiefly focused on the dungeons, but now they’ve moved out into the world to cause problems for harvesters and general questers.

It’s not hard to find them. You’ll still encounter them most often in the delves and public dungeons, where they clump around boss spawn points and kill them repeatedly for both gold and XP. Swords swing, spells unleash, and boom–a foe that may have given three players a hard time dies one brief moment after respawning. Not too long ago ESO’s lead developer Matt Firor said that bots and spammer complaints make up 85 percent of the current service tickets, which means the issue’s partly preventing the repair of the numerous bugs that still plague the game. The ESO team is forced to spend resources fighting bots instead of squashing bugs.

“Bot” is such an appropriate term for these guys. They usually act according to commands from preset macros, enabling the troublemakers behind the screens to leave the characters alone to their own thing. As a result, they seem distinctly inhuman, coming to life only during boss spawns or when they play follow the leader in perfect lines. It’s a little like watching a holiday animatronics display through a department store window, but with deep dives into uncanny valleys and with none of the good cheer.

Players have their own methods of dealing with the problem in the public dungeons. Ingeniously, the Dragonknight class can pull dungeon bosses away from a clump of bots using their “Fiery Grip” ability so “real” players can kill it. Reddit user berdugong_putik has even used this method to kill the bots themselves; he pulls a ranged boss away from the enemies (if available) and then stands in the midst of the bots and laughs as the boss’ area of effect abilities destroy the gold farmers.

That’s only a temporary solution, as is the current response from ZeniMax itself. Lately the developer has been sending game masters directly into the dungeons, where they either ask players to whisper the names of bots for an instant bans or command players to step away from the boss unless they want to be banned. It’s a wildly inefficient solution considering the problem’s extent, but each appearance of a game master nevertheless sets off cheers that must make the ZeniMax employee feel like a hero.

Crafting Node Crowding
The bots and their makers often feel one step ahead, though. Bots now clump around nodes for crafting materials in the outside world, taking advantage of a respawn mechanic that’s based on how many players occupy a location at the same time. When enough players are in one spot, valuable crafting materials respawn extremely quickly, allowing the bots to harvest them over and over.

So far, the only fix seems to be harvesting the node yourself and then leaving the collection window open, but that of course requires that you sit still for hours to keep the bots from their fun–while simultaneously missing out on your own. That says nothing of the ones that run around groups of 10 or more along preset paths, coordinated to stumble on each enemy spawn point for mindless leveling.

As someone who’s playing through the Veteran ranks after the level cap of 50, the whole botting phenomenon remains largely alien to me. Bots barely exist at the high-level content where I’m playing through at Veteran Rank 6, allowing me to play the game largely as ZeniMax intended. But I worry that won’t last long. My first experience with bots occurred not in the earliest levels, but in the level 50-ish public dungeon the Cave of Trophies. I’d gone to help a fellow IGNer, but ended up running into a group of mindless bots instead. The sight of them left me worried that they’d soon spill over into what passes for ESO’s current end game.

It’s worth noting that ZeniMax Online originally had a deterrent in place. For most of the beta, accessing the “real” game required questing through at least two starter islands, demanding a significant time investment for players and potential bots. That was scrapped out of a backlash arguing that it didn’t feel Elder Scrolls-y enough. A possible solution would be to make public dungeon bosses phased so you can’t kill them a second time, but that would prove problematic for a game that already has trouble reconciling its single-player and multiplayer components.

Of course, ESO isn’t the only MMO to struggle with bot infestations. Guild Wars 2 had a particularly nasty struggle with bots not long after launch, leading to a ban of no less than 32,000 accounts in November of 2012. ArenaNet partly relied on manual removal in the style of ESO’s game masters, but in time they also enlisted “data specialists” that helped identify problematic behavior automatically. World of Warcraft was fighting the problem in real-world courts as late as 2013, when it won a $7 million court judgement against Ceiling Fan Software, a company that provided tools that made botting simpler.

Elder Scrolls Online may be in good company, but this is the kind of problem that needs to end soon. It ruins the core multiplayer experience of the game, and it’s particularly devastating for the determined group of players that insists on playing this MMO like a single-player game. And considering that right now is arguably the best time for ZeniMax to justify its subscription model, botting problems are undoubtedly chasing away players who might otherwise have stayed. Molag Bal only wishes he had such power.