Set the difficulty to “Novice”, and have a weak one-handed attack enemy hit you while

healing. This will level the armor you are wearing, Restoration, and also may level 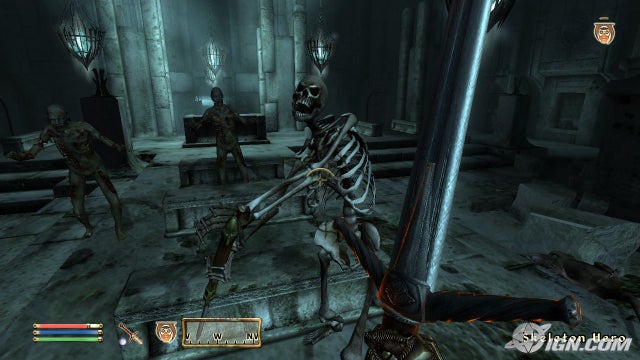 objects to progress, but the Muffle spell does not require this. Muffle is an

Illusion spell that quiets your movements. Continually cast Muffle while you are

Easy Archery skill
Go to Riverwood, find an elf named Faendal, and then deliver a note to Camilla. Next,

find Faendal, and ask him to follow you. Make sure you have at least 200 gold. Ask

him to train you. When he does, ask him to trade with you. Go into his inventory, and

take your money back. You can do this five times a level, and it really helps early

in the game. Repeat this as much as desired.

Find a weak enemy that does not enter water (for example, a wolf). Pin yourself

between the enemy and the water, then use a rubber band to hold the trigger button

skill. Note: Make sure the enemy will not move from where he is attacking you.