The reaction to the first screenshot of ZeniMax Online Studios’ upcoming The Elder Scrolls Online was not overwhelmingly positive for a few reasons. Its art style doesn’t scream Elder Scrolls, really, and series fans have a lot of expectations about exploration, combat and story for an online version of a beloved role-playing franchise that’s been defiantly single-player since its inception.

Is it possible to retain many of The Elder Scrolls’ strengths in an online environment? That was the topic brought up by Game Informer in an interview with Paul Sage, creative director at ZeniMax Online Studios.

From Daedric princes to providing plenty of reasons to explore to including raids and end game player versus player combat, Sage and ZeniMax Online are trying to strike a tricky balance between Elder Scrolls touchstones and traditional MMO mechanics.

When it comes to modding, hugely popular with Skyrim, Sage said, “Right now we don’t have a large modding plan. We do have plans for things like our UI, allowing the community to look at the UI and say ‘Ok, what changes would I make?’ There are definite ways the community is going to be able to change their game experience, but you have to be really careful with this because you can’t allow players to change other players’ game experiences or they get a little upset with you. 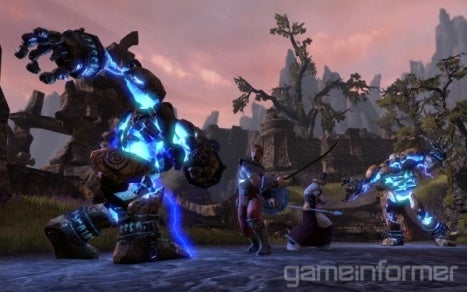