Standard by admin February 24, 2014 No Comments

Elder Scrolls Online is one of the hottest new talked about MMORPGs to hit the virtual world to date. This massive online game is just about to hit the gaming world with a release for PC and yes even MAC computers in April of 2014. Enthusiasts of console gaming will be able to expand their gaming to the Xbox One, and Playstation 4 in June of 2014. ESO has at least 3 main reasons to play. And Just like every other virtual gaming world Elder Scrolls Online has it’s very own gaming currency for players to earn and purchase items needed to expand their game play. 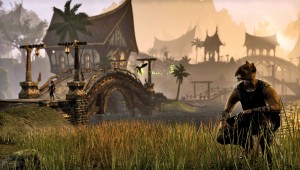 Here are 5 of the most important things to know in order to make the Elder Scrolls Online Currencies:
1. Everyone needs enough elderscrolls gold to afford new weaponry or that snazzy new armor for the next level, and the easiest, yet most time consuming, way to obtain that gold is by doing quests.

2.Stockpile for the bigger things and make friends. Communities are easy to join and group quests give bigger pay offs than going it alone. Weapons and armor vary in price and often can be extremely pricey at higher levels and that stockpile will dwindle quick on much needed items for end quests.

3.Sell, Sell, Sell, Sell! One of the biggest mistakes that many players make is that they their old items are worthless. Other, newer players will want those items and in some cases they will pay big for them which is the important secret to become rich in TESO. Be careful about pricing items too high though as it will run off a newbie pretty quick, and remember that they will often have less currency to spend on items than players who have been around a while. While there may not be an actual auction house in the game to sell items players can trade with one another to make transactions of buying and selling to one another easy.

4.Get your skills on!Another way to make precious gold in the ElderScrolls Online game is to become a crafter or gatherer.Do research and find out with what the hottest item is at the time and put your person to work .Player will pay big for goods that are in high demand .Never throw out any gathered items if it can be helped.Even the most basic of items can be used for one point or another for crafting.

5.Steal it !That is not a joke.Thieves are one of the only classes that can make money by selling stolen items in the game.Killing off enemies is another way to steal,or loot,game currency.Tips to farm gold through killing monsters could be seen as well .